When I'm listening to the radio or watching TV I want to hear from experts in that subject whether it's about business, defence, the economy, politics or health.  What I don't want to do, is sit and watch lots of similar looking middle aged men telling me what they know.

I am not criticising their knowledge or them as people. I know and love and spend time with lots of middle aged men. I'm married to one (he's an expert in his field too). It's just I want my media consumption to reflect my world and my experience of life and that comes from men and women and a variety of cultures and ethnicities.

The BBC training scheme featured in this article is brilliant. It supports women who are interested in appearing on television, radio and online as experts in their field. I can't recommend it highly enough - it offers practical training for women who might be interested in adding to national debates but currently go unheard.

I went to last years Women on Air conference to hear discussions about the number of women presenting or featuring in news stories across the UK broadcast media. A study by City University in London demonstrated men interviewed as experts, outnumbered women by four to one on TV and radio in 2014.  In an enquiry by a House of Lords committee, Astute Radio said “Authority figures are role models and it is imperative to give confidence and inspiration for girls who may want to become experts in particular fields ... many experts ... were influenced to enter their field of expertise because of role models they encountered during their lives, including on television and radio".

It's a tough one but things are changing. However, broadcasting experts say there can only be parity in the number of experts on our screens when there's an equal number of male and female experts in our society. One BBC (female) boss said “some of the people you will be putting on air are self-selecting. There is not much you can do about the fact that the Governor of the Bank of England is a man".

But if this training scheme helps gets the numbers closer to even it'll help better representation on air. Then maybe a young woman watching the news can strive to achieve her career goals knowing there are women ahead of her, talking about what they do and what they know - right there on our television and radio news.

Apply for Expert Women 2017 We're looking for female experts who'd like to appear on air as contributors to BBC programmes. Find out how to take part in our London event... 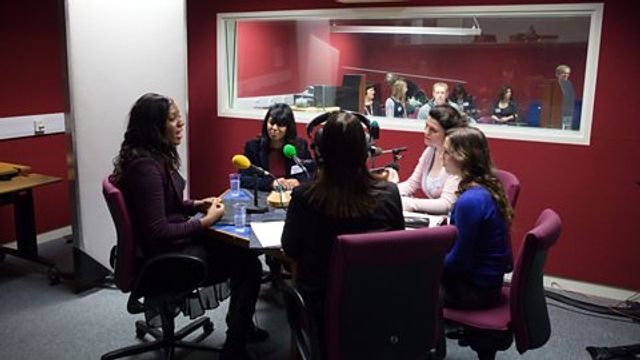 Great to see this initiative by the BBC Academy - we need to hear more female experts! https://t.co/62tBVUmhSy

BBC Academy is looking for female experts who'd like to appear on air as contributors to BBC - media training. https://t.co/JYsmH6jPop

The @BBC are looking for female experts and are offering media training, London event is 31 March https://t.co/lsbTdyBWcC pic.twitter.com/HMDzBUdVlM

A call out for women experts from @BBC shared by @mm684 https://t.co/NIPXCeEoUw

The BBC are looking for female experts who'd like to appear on air as contributors to BBC programmes. https://t.co/f5fuypt59I