Many of us are partial to the odd Netflix binge. A huge 139 million people across the world hold paid memberships for the online streaming service. However, most people don’t associate Netflix with the top industry awards.

All that may be set to change though. The Netflix released Roma has been nominated by the Academy in no fewer than 15 categories and is currently the hot favourite for the prestigious Best Picture award. The Spanish language, black and white film about child care workers in 1970’s Mexico has not only secured the first best picture nomination for the streaming giant, but also the first best director, actress in a leading role for Yalitza Aparicio, original screenplay, foreign-language film, production design, sound editing and sound mixing nominations.

Netflix also have another Oscar contender this year in the form of the Coen Brother’s Ballad of Buster Scruggs which has scooped up 3 nominations for best adapted screenplay, best costume design and best original song.

Both films had a limited cinema release to ensure eligibility for the awards, however, both will be primarily distributed to movie fans via the online platform. This is a pivotal moment within filming and distribution. If Roma is able to triumph it will show that many Oscar voters are willing to let the old ways die, which could have broad consequences for the industry. It could, for the first time, make Netflix and its competitors a viable option for filmmakers and stars who want Oscar potential but the opportunity to work outside the conventional studios of Hollywood.

The awards ceremony on February 24th may not only determine the next best-picture winner but they’ll also reveal whether Netflix can finally move from disruptive outsider, to mainstream player. And the breakthrough may be now or never for online platforms with a Hollywood agent who works with Netflix proclaiming that “If Roma can’t win, Netflix can never win.”

If Roma and Netflix are accepted by Academy voters it could mean that we see a different type of film celebrated during awards season. Films like Roma may have not fared well with an extended cinema release when competing against some of the years big crowd pleasing blockbusters such as Black Panther and Avengers. However, its release on Netflix has allowed the film to reach millions of viewers many of whom may not have ventured into cinemas. Cuarón has also noted that its distribution through Netflix has allowed the film to reach the small towns in Mexico where some of the other actors are from, places where movie theatres are inaccessible for most.

Roma, could therefore not just mean a victory for Netflix but a victory for a different type of movie, one that is not as reliant on a large commercial release for its success. 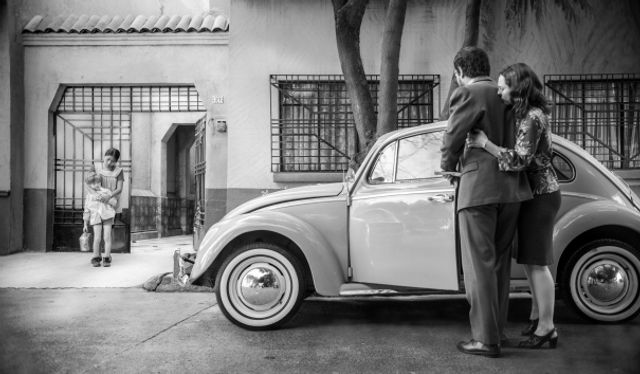