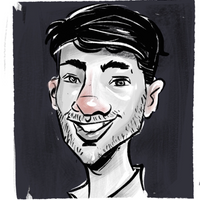 With the nominees for the 91st Academy Awards (aka the 'Oscars') having just been announced, here are ninety-one*, fun Oscar facts.

1) Clint Eastwood has more Oscars than any other male actor. But he didn't win any of them for his acting.

2) Cate Blanchett's 'Best Supporting Actress' win for her portrayal of Katherine Hepburn in 2004's The Aviator, made her the first Oscar winner to win an Oscar for playing another Oscar winner.

(Bonus fact: Katherine Hepburn also has the highest number of Oscar wins for an actress: 4.)

3) On the other hand, Maggie Smith's Best Supporting Actress win for 1978's California Suite made her the only person to win an Oscar for playing a failed Oscar nominee (albeit a fictionalised one).

4) Marlon Brando and Robert De Niro are the only actors to both win an Oscar for playing the same character. If you don't know the character, feel free to stop reading.

5) And for all you pub quizzers out there: John Cazale appeared in just five films before his untimely death aged 42. All five were nominated for 'Best Picture'.

*the remaining 86 facts to follow at a later date.

Well, this year's #OscarNoms are in with The Favourite & Roma leading the way. HOME regulars will no doubt recognise many titles on the Academy's shortlist - Who would you like to see win this year? Here's the full rundown https://t.co/licA7hktzN

Black Panther just became the first superhero movie to be nominated for Best Picture at the Oscars. #OscarNoms https://t.co/4po05Dnxyh