2017 began in spectacular fashion; days after Donald Trump’s inauguration to, essentially, some tumbleweed (or the entire population of Earth, according to Sean Spicer) we had an actual global event, 3 million people taking to the streets and marching for women’s right and gender equality. It was fantastic.

Which got me thinking about the state of the film industry. The complete absence of female directors from the Academy Award nominations for Best Picture 2017 is a clear indictment of Hollywood’s stubborn refusal to catch up with where we are as a society. Unfortunately, this isn’t a deviation but the norm – there have been zero female directors nominated for Best Picture in the last seven years. Reading Christopher Campbell’s list, however, was reassuring. The talent is clearly there. Whether Hollywood is willing to fully embrace it, however, is a ongoing question.

There are several films that caught my eye. The first, The Beguiled, is directed by Sofia Coppola, one of the four women to ever be nominated for best picture. It’s only her fourth film since 2003’s remarkable Lost in Translation, for which she did win Best Original Screenplay, and her sixth in total.

Slightly more under the radar is XX, a four-part horror movie anthology, a collaboration between directors Annie Clarke, Karyn Kusama, Roxanne Benjamin, Jovanka Vukovik and Sofia Carrillo. Clarke’s involvement is particularly enticing – you might know her better as alternative rock goddess St.Vincent. Imagine Helena Bonham-Carter’s Bellatrix Lestrange but with an electric guitar instead of a wand. Now imagine her directing a black-comedy short about an 8 year old child’s birthday party gone wrong. Sounds fun, doesn’t it?

Unfortunately, female superhero movies were set back a few years by the unmitigated disasters that were Catwoman and Elektra (scores of 9% and 10% on Rotten Tomatoes, I can’t say I watched them). It’s been over a decade since but, finally, it’s beginning to look like Hollywood is ready to give our favourite femme fatales another chance, beginning with DC’s very own 5,000 year old Amazonian warrior, the perpetually looking-great-for-her-age Wonder Woman. It’s Patty Jenkins’ first film in 14 long years and her last feature, Monster, earned Charlize Theron an Academy Award for Best Actress back in 2003. This is excellent news for both us and Gal Gadot, who is making her full-length debut as the titular character having appeared in Batman vs Superman: Dawn of Justice.

Another highly anticipated release in Angelina Jolie’s forthcoming First They Killed My Father: A Daughter of Cambodia Remembers. Interestingly, this is a Netflix production, meaning it won’t actually appear in cinemas. Nevertheless, the film is based upon the memoirs of Cambodian Loung Ung, a survivor of the Pol Pot regime, and could help cement Jolie’s growing reputation as a director unafraid of tackling difficult subject matter. Her first two films, In the Land of Blood and Honey and Unbroken were set during the Bosnian war and within a Japanese POW camp after the Second World War respectively.

Perhaps the biggest news of all is the upcoming, and mysteriously untitled ‘Untitled Detroit Project’ (which still works as a film title, I think) by Kathryn Bigelow. As you may or may not know, Bigelow is the only woman who has ever won the Academy Award for Best Director, or the BAFTA,  or the Critic’s Choice award and Director’s Guild prize. Basically, she swept up in 2009 with The Hurt Locker, beating her husband James Cameron’s odds-on favourite and the best film I’ve ever seen about giant blue aliens, Avatar.

I hope, and I’m certain Bigelow does, that her distinction by the qualifier ‘only woman’ is lost sooner rather than later. 2018 could be the year.

Last year, because our main movie preview only had one title directed by a woman, I compiled a list of 40 features due in 2016 by female filmmakers. This year’s movie preview stepped things up a bit to include three movies helmed by women and another co-directed by one. Out of 52 anticipated titles. That’s still disappointing, and in part it’s a reflection of how few major releases, particularly those produced by the Hollywood studios, have women in the director’s chair. So, I’ve done it again for 2017. 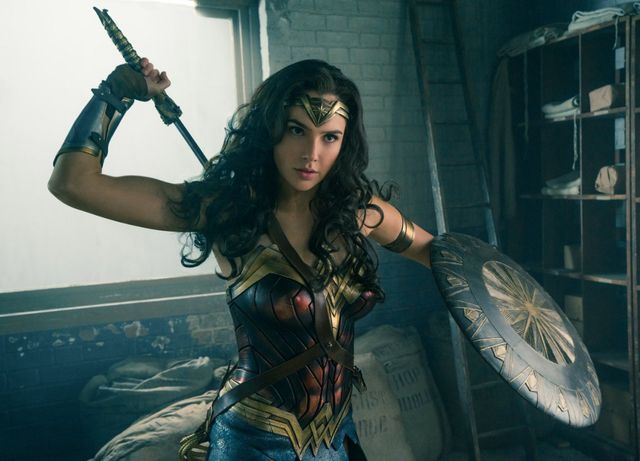 An Iranian director won't be attending the Oscars. So the London mayor will screen his nominated film instead. https://t.co/xgDZzDGxVF

'XX' writers-directors on the lack of opportunities for women in film, particularly in the horror genre https://t.co/9j8eIleULb #Sundance pic.twitter.com/7MBZyz9FHk