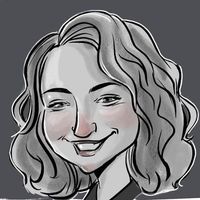 It is outrageous that in Birmingham alone, there are nearly 100 people sleeping rough on the streets every night, with a further 20,000 people in temporary accommodation or sofa-surfing. This issue is addressed in Tinker Taylor’s new short film, Tackling Homelessness. For this film, director Sam Taylor interviewed a number of people with an experience of homelessness, as well as those working for charities making a difference for our rough sleepers.

Many of our interviewees expressed feeling like an outcast when they lost their homes. Among them is Carl, who was homeless before becoming an outreach worker:

“It becomes more difficult then if you’re homeless and you’re trying to transition back into society, if you’ve not felt part of that society for such a long time because people don’t want to stop and talk to you, people don’t want to have interaction, they want to turn their head and look the other way, and act like you’re not there, you don’t exist.”

This apathy in our society towards the homeless is criticised by Andy Burnham, Mayor of Greater Manchester, in his July blog. He describes the success of the approach to tackling homelessness in Finland, which first adopted the Housing First principle meaning that rough sleepers don’t need to ‘earn’ the right to suitable housing: instead, a reliable home is seen as a prerequisite to start dealing with other problems.

The Housing First principle is currently being piloted in the West Midlands, Liverpool, and Manchester. As Councillor Sharon Thompson describes in the film, this programme will help the region to deliver affordable housing, as well as the services that will help rough sleepers back on their feet.

However, it is clear that more needs to be done. It is time for our government to start listening to people such as Andy Burnham, Sharon Thompson, and our own Sam Taylor: the people who are willing to take a stand to eradicate homelessness, not because of quotas or statistics, but because they believe a roof over your head is a basic human right.

But tackling homelessness is not just a job for politicians and filmmakers. After watching this film, try to remember that for someone living on the street, something as simple as acknowledging their existence by asking how they’re doing can make a tremendous difference.

Following the financial crash, it feels as though homelessness has begun to be viewed by many in a defeatist way - as an inevitable fact of modern city life which can’t be solved.  The big news from Helsinki is that it can - as long it is prioritised at a national level and people who are homeless are seen and helped as individual people, not “others” or outsiders. Or, to put it another way, it can be solved by doing the exact opposite of what the UK has done.

You can read the Mayor's latest homelessness blog here: https://t.co/KChJSrQ0Qr

Such a powerful debate & moving input from @LiamByrneMP . He absolutely spot on with all he has said here and yes we need a Govt that is on our side with designing out & preventing homelessness! Thank you for taking the regions homelessness debate to parliament. (Salute) https://t.co/5Lbnk89Dtn

Agree it’s a concern @JdJCantalejo. Lots is being done. We’re building homes. We’ve begun pulling many of the organisations working with rough sleepers together to get better coordinated. Also established the #childrenscharter to reduce vulnerability of future genre rations. MR https://t.co/YirZyOKrZk

During the #heatwave City of Westminster is offering #RoughSleepers drinking water, sunscreen and daytime shelters. Plus help to those with pets on the streets. https://t.co/ABjtb2I3uh https://t.co/RnY2SZQX5k

After overseeing the roll out of Universal Credit, a policy that pushed so many vulnerable people on to the streets — Esther McVey is now the minister responsible for housing.

WATCH: Hard-hitting @BhamCityCouncil film explores the real stories behind what it is like to be homeless and/or sleeping rough in the city #LDReporter https://t.co/gN96dRMJtt